Julie Walsh is a physician assistant specializing in Neurosurgery along with Dr. Stephen E. Doran at MD West One, formerly Midwest Neurosurgery. She graduated in the tenth Physician Assistant class from the University of Nebraska Medicine Center in 1986.

Julie first practiced in David City, Nebraska, in primary care. Her second position was at Children’s Hospital in Omaha. She served initially as Medical Coordinator of the Children’s Developmental Clinic. She was instrumental in developing the Craniofacial and Helmeting programs with Dr. Richard Bruneteau and the Children’s Spasticity Management Program with Dr. Hellbusch. Julie served on many committees while at Children’s, including Policies and Procedures, JCAHO, and Children’s Advocacy Board. During her 10 years at Children’s, Julie worked closely with the neurosurgery group and in 1998 made her last career change to join Midwest Neurosurgery as their first PA.

During her 23 years as a PA here at MD West One, Julie has served as a Lead PA for over 12 years and worked primarily with Dr. Doran before retiring with Dr. Hellbusch. She not only works in the traditional clinic and operating room roles but has also developed unique expertise with Deep Brain Stimulation programming management for patients with Parkinson’s, Essential Tremor, and Dystonia.  She has also cared for a large patient group with implanted pumps for traumatic Brain Injury, Spinal Cord Injury, and Multiple sclerosis.

Julie is proud of her family and their achievements as well. Her daughter Emma graduated last year from the University of Chicago and is working for a private organization in Washington, DC, combating slavery and human trafficking; her son Michael will be completing his degree in Electrical Engineering from the University of Dayton in December of 2021. She enjoys her time off with her husband, hiking, biking, and making home improvements on their Dundee home. 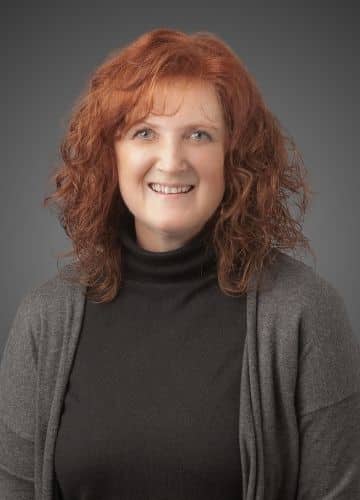